Andorran banks increase their profit by 12.5% and their assets under management by 11%

Andorran banks have ended the financial year having improved all their main indicators such as profit, volume of assets under management, global credit investment, return and solvency ratios. All these figures are an advancement of the official ones at year end which will be audited and approved by the governing bodies of each entity.

The Andorran Banking sector, Andbank, BancSabadell d’Andorra, Crèdit Andorrà, MoraBanc and Vall Banc, ends 2019 by consolidating its position with a total of 49,714 million euros of assets under management, a figure that represents an increase of 11% with respect to 2018 and which has doubled in the last decade (see graphic).

Furthermore, the Andorran banking sector has achieved a significant consolidated increase of 12.5% of its net attributable profit which amounts to 112 million euros. Despite the current economic climate of low interest rates, the constant adaptation to international banking regulations which implies, amongst others, higher provisioning requirements and strong technological investments, banks have achieved a transformation in their business while returning to increasing benefits.

The General Director of Andorran Banking, Esther Puigcercós highlights that “the Banking sector in Andorra has in aggregate succeeded in returning to growing profits with strengthened and profitable balance sheets.”

Credit investment has increased up to 6,059 million euros, 2.5% more than in 2018, fact that shows the increasing demands of customers and companies.

In 2019, all Andorran banks maintained their international credit ratings, which shows the agencies renewed their confidence in the industry as Andorran banks continue to enjoy solid fundamentals.

One other important factor that points to the sustainability and reliability of the Andorran Banking sector is its financial return (ROE), which stands at 7.76%, above the average of the European banks (6.60% according to data of the European Central Bank for the 3d quarter of 2019).

2019 will be the first year in which the Andorran entities will present their solvency ratio pursuant to European criteria Bazile III after the entry into force in January 2019 of the new Law on solvency, liquidity and prudential supervision of Banking entities and investment companies.

Esther Puigcercós values that “as a Banking centre, we are well equipped to face the future with the vast experience of our professional teams; a growing domestic economy; an international market with numerous opportunities; high creditworthiness and strength; a digital transformation process and standardised regulation”. 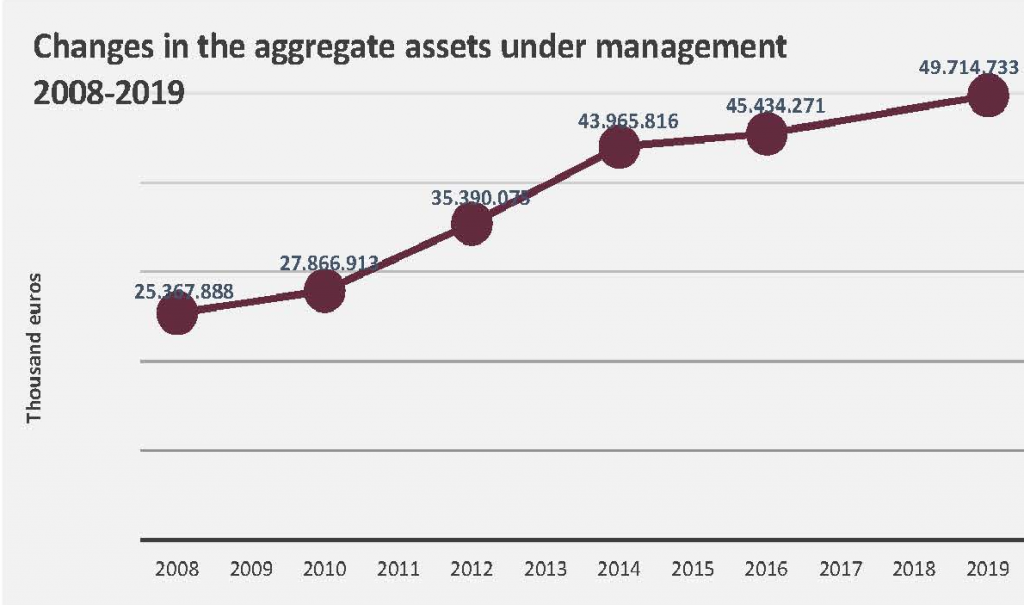